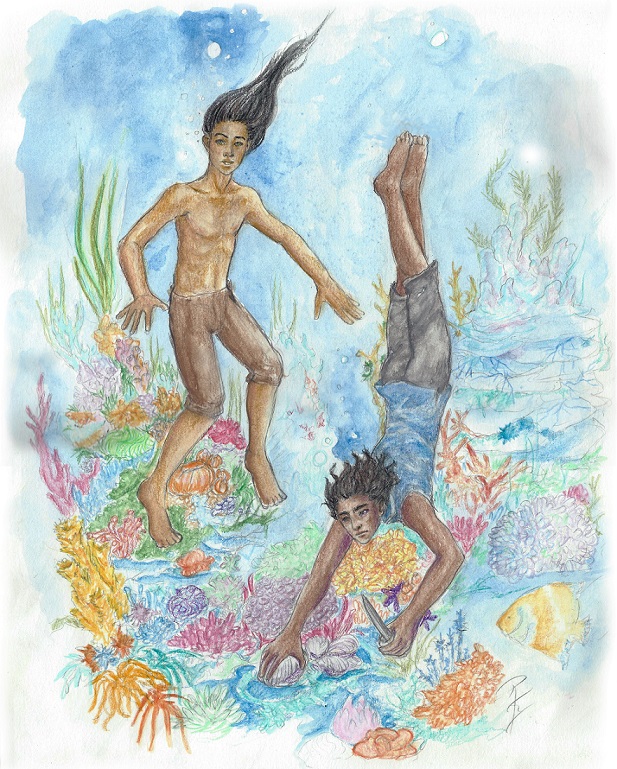 “The Divers”, watercolor and graphite, May 2016. One of the watercolor paintings illustrating my book The Tembelaka Voyage!
Here’s an excerpt of the chapter it’s from:

They hauled themselves up on the outrigger and paddled it round to the spot. In another moment they were back in the world of danger and beauty and coral towers. It wasn’t silent underwater, Kara had learned. You heard all sorts of sounds, made stranger by not knowing which odd creatures were making them. There was a constant living song, and the rush and whirl of motion itself. Just as Kara was aiming for a large red fish she’d been stalking behind some lacy minarets, the world exploded.