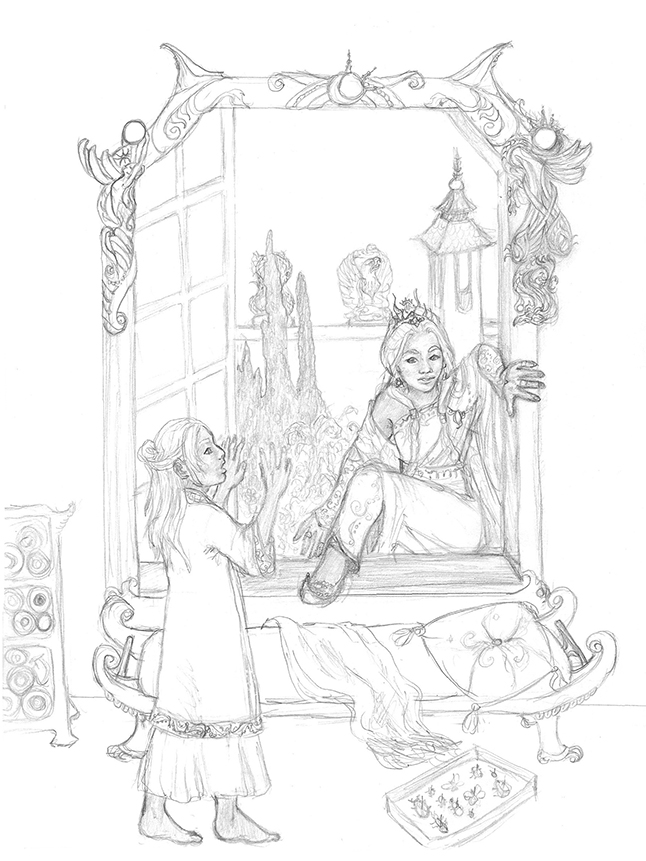 “Nedira short story”, graphite, June 2017.
The below is a sample from the first of five short stories by Jessica, set in the world of Madrahar before the events of the Orphaned Gods series. The whole story and the full size of this image are available for patrons over on my Patreon.

Nedira picked her way through the gardens in full court robes, stepping carefully over a curving bank of ferns and some low-growing roses. She hitched her train up over her shoulder to keep it from getting stuck on the thorns. Normally her woman navigated her train through awkward spots, but one didn’t bring company on unauthorized escapades. Nedira glanced over her shoulder—no one was following her, or watching out any of the house’s many windows—and pressed on past the topiaries of courting cranes, toward the men’s wing.

She had talked to her brother through his window plenty of times before. Even though she didn’t think herself especially stealthy, no one had yet caught her. Or perhaps they had, and were too polite to mention it.