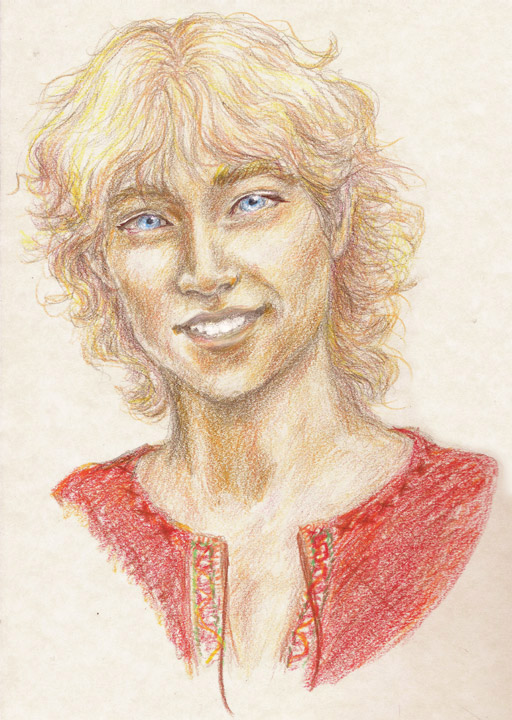 My friend Jessica has been retooling a story based loosely on an old gaming campaign, and I’ve been helping with character redesign. I could say a lot more about them, and about him, but that’s what the novel in progress is for. Here’s an excerpt from it, written by Jessica:

“Ho, long jaws! Women and children are small eating. Face me!” Neharu threw the river stone hard at one of the beasts who was chasing the boy. The stone smacked the side of its head and it stumbled. Both the coatau nipping at the boy and the three from the base of the tree swung their snouts round to sniff at Neharu. They all began to growl. Neharu smiled at the very surprised people he had rescued, and almost waved. Then he saw that the angry looking coatau had indeed decided to face him, all at once together.