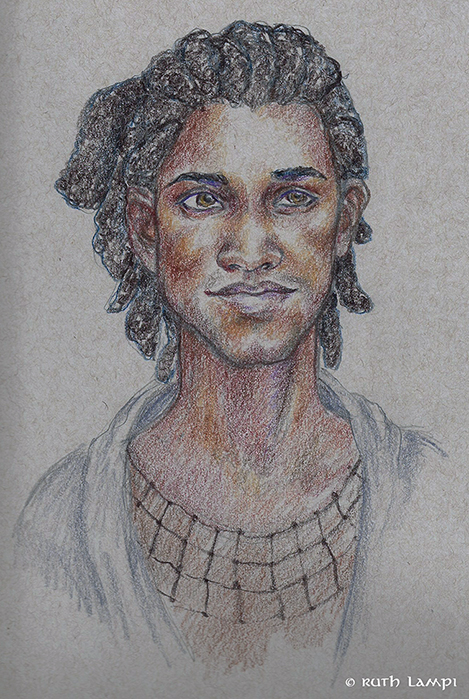 “Tiiro”, colored pencil and graphite on colored paper, June 2016. He’s a character in Orphaned Gods, and here’s an excerpt of Jessica Van Oort’s writing about him:

“You don’t have to study every waking hour, though,” Tiiro said. “There’s other things in life.”
“What would you know about waking hours?” Aturi said.
Tiiro chuckled. “You got me there.” He reached over and swirled the dregs in Aturi’s cup. “I know, let’s go out to the Diving Swan. You need more of that poison if you’re going to stay up all night again. And I wouldn’t mind a nice relaxing cup of tea.”
“All you’ll do is nap in the cushions,” Aturi complained. “You might as well sleep here.”
“But I like the fresh air. And you can bring your book.” Tiiro lifted the stylus from Aturi’s fingers. “Come on, let’s go.”